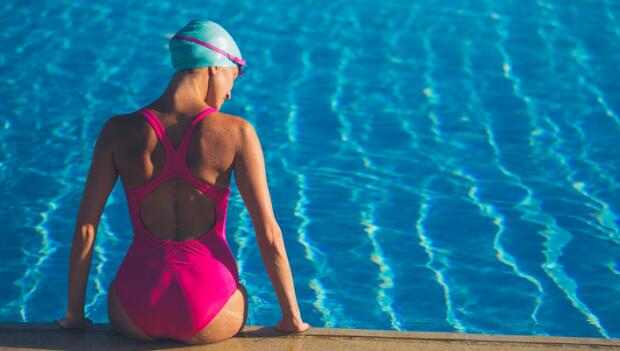 After a few years of avoiding using a tempo timer ( excuses included bing too busy, just got to swim the set, don’t know how to work it etc), I reluctantly used a tempo timer last week. Greg Gourley (who is a big tempo timer fan) gave me one to use for threshold pace set. I agreed to try it, although was feeling tired and really wanted to just cruise.

It was threshold set of 8 x 100 aimed at maintaining a steady pace. Greg set it on Mode 2 at 23. This meant that every 25 m the timer was going to beep to keep me on pace. At the end of each 100 the rest period was 23 sec and then I set off again. There is no cheating the tempo timer! It made me work hard and kept me on pace. A few times I dropped back in the second half of the 100 but was certainly aware of this fact.

The next session I bravely decided to have a go on Mode 3 which focuses on stroke rate. I had a rough idea of my stroke rate and did a few 50s playing around with the stroke rate tempo to swim at threshold pace. I then completed an 8 x 100 set with the tempo set at 75. It worked well with the trainer assisting in maintaining my stroke rate and ultimately pace time.