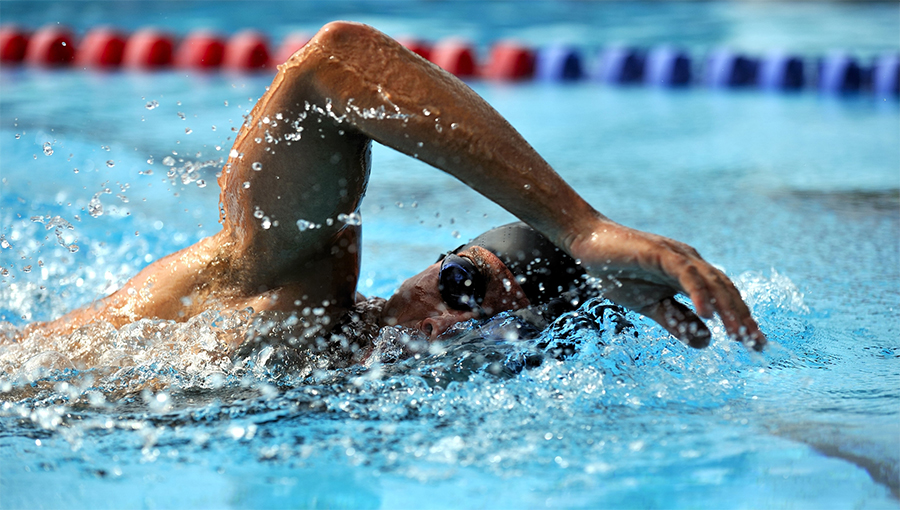 Why swimmers should be encouraged to breathe both sides.

Swimmers who only breathe to one side often have a number of stroke flaws which tend to develop when breathing to only one side. These include crossovers, scissor kicks, timing problems and poor catch technique. Rotation can be less on the non-breathing side and over-rotated on the other. It can be a cause of shoulder injury as the non-breathing side becomes weaker while the dominant arm is under more stress as it is in a constant state of having to make up for the weak arm.

Many elite swimmers do not race bilateral but they train practising bilateral breathing. An effective training method is to swim alternating breathing side every 25.

The advantages of bilateral breathing:

Testing most efficient breathing side:

At a 3 day Swim Smooth Coaching Course Greg Gourley and I recently attended, the efficiency of each breathing side was tested with interesting results. You can do this set with your squad.

Note time of each 100. Was one side quicker in time?

At the course was ex-world champion NZ Triathlete Sam Warriner who was very surprised at her results. She had only ever breathed to one side and after swimming the Test Set found she was actually faster in time breathing to her non-preferred side.

In conclusion, it’s so easy for swimmers to say that bilateral breathing is too hard and give up on it but encourage your squad members to give it a go, particularly in training.

Gary Stutsel Wins GBR Masters Games Male Swimmer of the Meet with 10 Gold Medals!
'It's is in my blood'. An insight into the world of masters swimming from a mum of two.